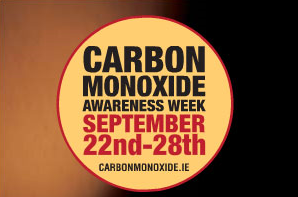 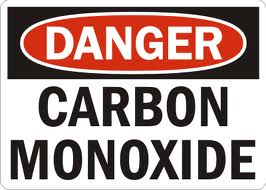 The dangers associated with carbon monoxide are promoted to the general public every year through television, radio, press, digital and direct mail advertising. This year, however, in an effort to do something different and to generate greater public engagement on the subject of carbon monoxide, a dedicated Carbon Monoxide Awareness Week is being held from September 22nd to September 28th.

Remember
the causes – Carbon Monoxide can be produced when ANY fuel is burnt, including oil, gas, wood and coal.

Remember
to service – To prevent Carbon Monoxide, ensure your appliances are installed and serviced annually by a Registered Gas Installer, a Registered Oil Technician, or a qualified service agent for your fuel type.  Also make sure vents, flues and chimneys are kept clear.

Remember
the alarm – Carbon Monoxide is odourless and colourless so for added protection install an audible carbon monoxide alarm.  Make sure the alarm complies with EN 50291, carries a CE mark, has an end of life indicator and carries an independent certification mark.

What is Carbon Monoxide (CO)

Carbon Monoxide (also known as CO) is a colourless, odourless poisonous gas and is a common yet preventable cause of death from poisoning worldwide. Approximately half of the deaths from unintentional CO poisonings result from the inhalation of smoke from fires. Other significant causes are vehicle exhausts and deaths in industrial / commercial settings. On average between 1 and 2 people die each year in Ireland from unintentional CO poisoning in the home in incidents related to domestic heating or other fossil fuel installations in the home (i.e. excluding the inhalation of smoke from fires).

The incomplete combustion of organic fossil fuels such as oil, gas or coal is a common environmental source of CO and is responsible for many cases of non-fatal unintentional CO poisoning.

In normal conditions the combustion process (the addition of oxygen) will result in carbon in the fossil fuel, combining with oxygen, in the air, to produce Carbon Dioxide (CO2), the same substance we exhale when we breathe.

However, if there is a lack of air for the combustion process or the heating appliance is faulty, Carbon Monoxide can be produced.

When CO is inhaled into the body it combines with the blood, preventing it from absorbing oxygen. If a person is exposed to CO over a period, it can cause illness and even death.

Carbon Monoxide has no smell, taste or colour. This is why it is sometimes called the “Silent Killer”.