Changes to the Building Regulations 2014 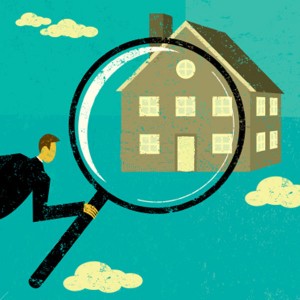 March 2014 brought about changes to the Building Regulations. Alan Isdell of the Surveyors Journal recently wrote a piece explaining these changes. Here it is:

Background to the old system
Building control in this country revolves around the parent Act – The Building Control Act 1990. This allows for:

Outline of new system
The new system implements a provision in the parent Act of 1990 (Sec 6 (2)), and now introduces a system of mandatory certificates of compliance at various stages in a construction process. The building owner will be required to appoint competent designers, a competent builder, and a new entity, known as the assigned certifier. There will be mandatory: Certificates of Compliance (Design); lodgment with the Building Control Authority of plans, calculations, specifications and particulars to outline compliance; an inspection plan; and, critically, a Certificate of Compliance on Completion signed by the builder and the assigned certifier. There are statutory forms for these new certificates and therefore, there is a standard wording, which cannot be deviated from.

The assigned certifier and the builder are central to the process and will co-ordinate ancillary certificates by all relevant parties. While the builder is still responsible for supervision of the works, the assigned certifier is responsible for implementation of an inspection plan. This inspection plan will outline the nature, frequency, and intensity of inspections, coordinating inputs from other project providers and ensuring that inspections and tests are carried out. There is interreliance by all involved in the project, using a formal system of ancillary certificates. The provisions will apply to new dwellings (houses and apartments), extensions to dwellings over 40m2, and works where a fire safety certificate is required. Persons signing the Certificate of Compliance (Design) for submission with the commencement notice, and those appointed and signing off as assigned certifiers, must be a person named on a register maintained pursuant to part three or five of the Building Control Act 2007 (i.e., registered architects or registered building surveyors) or section seven of the Institution Civil Engineers Ireland (Chartered Amendment) Act 1969. At the completion of the building project, the building or works cannot be opened, used, or occupied until the Certificate of Compliance on Completion is validated by the Building Control Authority, and placed on a register.

The 2014 Regulations
When the 2013 Building Control Regulations were enacted, there was some industry disquiet about the requirements and workability in the regulations. This included a view that the wording to certificates of compliance imposed a strict liability and was uninsurable from a PI perspective.

The revised 2014 Regulations now introduce the concept of reasonable skill, care, and diligence, and reliance on ancillary certificates in the wording of the certificates.

Is this new system a system of self-certification?

Perhaps it’s easier to say what it is not. The system is not certified by the Building Control Authority. The builder will be certifying his element of the works. The assigned certifier could be a member of the design team, or a separate entity. This role is an additional role to that traditionally carried out by those issuing opinions of compliance under the previous system. It is likely that a design team member will now separate out their design role and inspection role in terms of engagement, to ensure adequate resourcing of the inspection regime.

Will there be a cost implication for the client/building owner?
Yes. There will be additional resources required by design team members in inspection and sign-off of their elements, both at design and construction stage. The assigned certifier and inspection regime will need to be resourced. The builder will be required to resource his element in relation to supervision, provision of tests, certification, cooperation with inspection notification framework, and provision of ancillary certification acceptable to the assigned certifier.

Will there be programme implications?
Yes. While phased or ‘fast track’ projects are recognised, there will still be a need for preparation of documentation for submission of a commencement notice. Similarly, submissions at the completion certificate stage will need to be factored in, and an allowance made for Building Control Authority validation.

Will the requirements affect building contracts?
Yes. Provisions will need to be built into contracts to ensure builders comply with their requirements under the regulations, including co-operation with the assigned certifier and provision of acceptable ancillary certificates.

Who can sign the statutory certificates?
It is a requirement that the Certificates of Compliance (Design) at commencement stage and part b of the Certificate of Compliance on Completion are only signed by: registered architects; building surveyors (part three or five of the Building Control Act 2007); or, chartered engineers, as section seven of the Institution Civil Engineers Ireland (Chartered Amendment) Act 1969.

It is clear that recent failures require evolution of the Building Control System. Building Control Authority functions have been under resourced in the past, and in current economic circumstances, significant additional resourcing is not realistic.

It is no surprise, therefore, that the burden of compliance is placed with the private sector. However, the allocation of Local Authority resources for higher-targeted inspection levels needs to be given serious consideration to validate and ensure compliance. It will be incumbent on the Government to ensure an appropriate review of operations occurs in this respect.